Get set for major summer delays if you frequently use the Don Valley Parkway to get around. 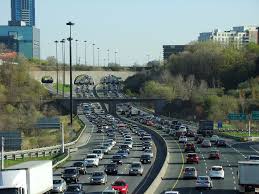 Work on 4 bridges over the DVP is set to get underway on Tuesday, July 3rd  and during the first stage of the work, which is expected to last until August , a lane will be closed in both directions during peak travel times between Don mills and Lawrence.

The HOV lanes will also be closed in both directions between Wynford Drive and St Denis Drive.

The second phase will then see two northbound and southbound lanes on the DVP closed overnight for eight nights at the Don Mills Road Bridge.

The entire projection is expected to be completed by October.