The actor who played Willie Tanner in the 80’s sitcom “Alf” was died after a long battle with cancer.. 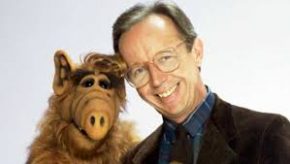 Max Wright was well known for playing Tanner, but also played the original sour-faced manager of coffee house Central Perk on “Friends.”  He was the character who famously banned Phoebe from playing live music for customers because her songs were so terrible.

Wright’s career began in 1974 and he had more than 60 credits to his name.