Just this week, a report found older Canadians, those over 55, are happiest.

Now, the United Nations’ World Happiness Report has just been released and it declares Canada as the 9th happiest country out of 156 countries. That’s actually down a bit from last year’s 7th place.

The 136-page report ranked countries based on how happy the population perceives themselves to be.

This certainly rings true for Toronto Raptors President Masai Ujiri, who says he loves Canada, and despite offers to other NBA clubs, he’s not leaving. 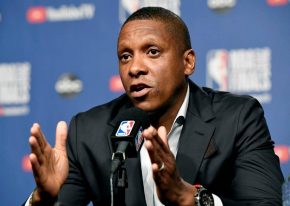 “It’s always been about Toronto. I love it here. My family loves it here. My wife loves it here, which is very important. My kids are Canadians, and you want to win more” Ujiri told his end of year news conference after the Raptors won the NBA championship.

And if Masai knows if MVP Kawhi Leonard is staying or not, he isn’t giving anything away.