For the first time, Canada has placed right-wing extremist groups on the national list of terrorist organizations. 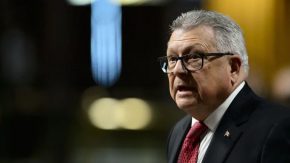 Public Safety Canada says Blood * Honour, an international neo-Nazi network, and its armed branch, Combat 18, have been added to the roster, opening the door to stiff criminal sanctions.

They join more than 50 other organizations on the list including al-Qaida, the Islamic State of Iraq and the Levant, Boko Haram and the Liberation Tigers of Tamil Eelam.

A group on Canada’s terrorist list may have its assets seized and there are criminal penalties for helping listed organizations carry out extremist activities.

Blood * Honour, founded in Britain in 1987, has branches throughout Europe, executing violent attacks there and in North America.