One of the biggest and best known auction houses in the world, Sotheby’s, is changing hands in a deal worth $3.7 billion. 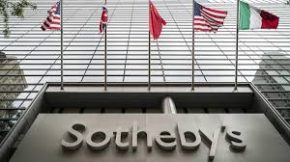 Sotheby’s was founded in London in 1744. It is the oldest company traded on the New York Stock Exchange.

If the deal is approved by shareholders and regulators, Sotheby’s would become a privately held company for the first time in more than three decades.

It has annual sales turnover in excess of $4 billion and last year reported an adjusted profit of close to $130 million on revenues of more than $1 billion.