Alzheimer’s disease is the most common form of dementia. 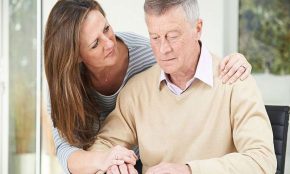 Previous research has shown decreased cerebral blood flow, or blood flow in the brain, in Alzheimer disease predicts worsening of the disease and cognitive impairment.

Researchers in the Netherlands were interested in whether restoring cerebral blood flow could be a potential treatment to slow down the progressive mental and functional decline in Alzheimer’s.

Eighteen people took the blood pressure medication, and 14 took a placebo, no one knew if they were taking the real or fake pill.

There were no effects on brain structure or size and researchers say this suggests that this medication may be helpful for Alzheimers.

The study is in Hypertension.