The federal government has released a national strategy on dementia that focuses on preventing the affliction, supporting caregivers and finding cures. 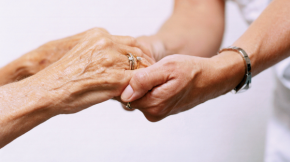 According to federal statistics, more than 419,000 Canadian seniors have been diagnosed with some form of dementia, and they rely on an average of 26 hours a week of help from relatives and friends.

Most people with dementia and most caregivers are women.

Mental decline can have many different causes but there are few treatments and those that exist don’t do much but slow dementia’s progression.

So prevention is a major emphasis in the $50-million strategy, with the government hoping that if Canadians get more exercise, eat better and don’t smoke, they’ll avoid dementia causes such as strokes.

The government also wants help to be more readily available to caregivers and make them more willing to ask for it.