One of the sweeter outcomes of last week’s 75th anniversary of D-Day was the reunion of an American solider and his then 18 year old girlfriend in France. 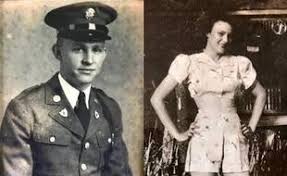 Veteran KT Robbins had to leave the village where he was staying and leave Jeannine Ganaye behind.

He kept her picture and showed it to journalists from the French broadcaster, France 2.

And to his surprise, journalists had managed to track her down in a French retirement home. 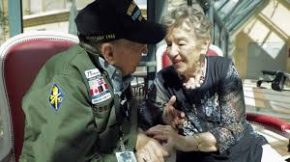 Jeaninne (who only speaks French) says she thought about KT every day.

After the war, both married, had children and survived their spouses.