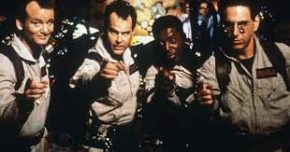 Canadian funny man Dan Aykroyd is aboard as is Bill Murray. Now comes work that Sigrouney Weaver has signed on to the film as well.

Toronto’s Jason Reitman, the son of Ivan, the original director of the 1984 classic, announced the sequel in January.

Weaver, who is 69 will again play hauntee Dana Barrett, Akyroyd who is 66 and Murray who is 68 will be back as ghost hunters.