Canadian Prime Minister Justin Trudeau is in England joining British Prime Minister Theresa May, U.S. President Donald Trump and other world leaders for the first of two days of commemorations marking the 75th anniversary of D-Day. 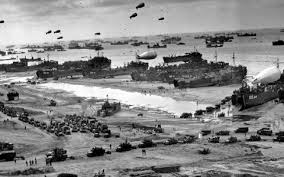 It was 75 years ago today that thousands of Canadian, American and British soldiers loaded onto ships in Portsmouth for the fateful assault on Nazi-occupied France.

359 Canadians were killed and another 715 wounded or captured when they stormed ashore on Juno Beach.

The D-Day landing marked a major turning point in the Second World War and spelled the beginning of the end of Nazi rule in Europe.

After ceremony’s today in Portsmouth, the activity shifts to the Normandy coast for more commemorations tomorrow.