Davis, who is 63, already has a best supporting Actress award for The Accidental Tourist and was nominated for her work in Thelma & Louise. 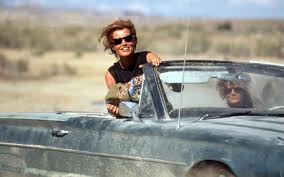 Davis will receive the Jean Hersholt Humanitarian Award for her work advocating for gender equality in media.

73-year old David Lynch is being recognized for making films like the “The Elephant Man,” “Blue Velvet” and “Mulholland Drive.”

71-year old Wes Studi has been part of a number of Oscar-nominated and-winning films like “Dances with Wolves,” “The Last of the Mohicans,” and “Geronimo: An American Legend.”

Wertmüller who is 90, was the first woman to get a best director nomination for the film “Seven Beauties in 1976.”