It’s expected to be a highly emotional ceremony. 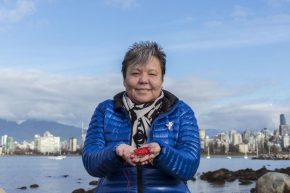 The much anticipated final report from the national inquiry into missing and murdered Indigenous women and girls is to be released in Gatineau, Quebec today.

The findings include a call for police services to do a better job of dealing with human trafficking cases.

Crown-Indigenous Relations Minister Carolyn Bennett says the final document is not the end of the journey.

Rather, she says, the federal government will now have to focus on eliminating racism and sexism in policing and other institutions, as well as accelerating progress on child-welfare reforms.

In the report, chief commissioner Marion Buller says survivors provided “important truths” during months of testimony, and Indigenous women and girls have been targeted for violence in what was nothing short of a genocide.