The Danish aristocrat, who captured the attention of North America in the 1980s when he was accused of trying to kill his socialite wife with an insulin overdose, has died. 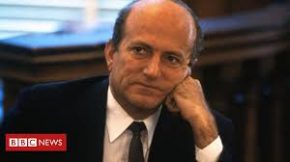 Von Bulow was convicted and then acquitted of trying to kill his socialite wife Sunny in 1979, in order to gain access to her fortune.  The insulin overdose left her in a coma from which she never recovered.  She eventually died in 2008.