ANOTHER MAJOR HEALTH DONATION FROM THE JURAVINSKIS

Hamilton philanthropists Charles and Margaret Juravinski plan to create a $100-million endowment fund to support health research at two hospitals and a university in their city. 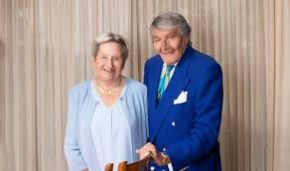 The couple says their gift, in the form of an investment, will mean McMaster University, Hamilton Health Sciences and St. Joseph’s Healthcare Hamilton will collectively receive up to $5 million a year in perpetuity after their deaths.

Charles, who is 89 and Margaret who is 87, say the greatest pleasure in life and the most powerful force for good in the world is sharing.

The couple, who have lived in Hamilton for decades, has donated more than $50 million throughout their lives to various organizations in the city.