If you were hoping to visit the Louvre in Paris, you might want to delay that. 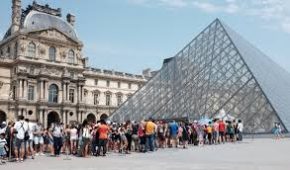 Staff at the Paris Museum are on strike. That has forced the museum to close, disappointing tourists hoping to catch a glimpse of the Mona Lisa and other masterworks.

The strike is over insufficient staff numbers to cope with ever increasing visitor numbers.

The union representing the workers says staff have noticed an unprecedented deterioration in working and visiting conditions. More than 10 million people visited the Louvre last year and although visitor numbers have grown by more than 20 percent in the past decade, staff numbers have declined.

This is not the first time Louvre workers have staged a strike over conditions. In 2013 they walked out because of an upsurge in pickpockets targeting tourists.