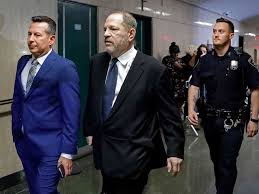 Lawyers say the tentative deal with women will resolve civil lawsuits and provide compensation to the victims.

Weinstein continues to deny sexually harassing or abusing any of the 75 women who’ve come forward but is set to stand trial in New York next month on criminal charges brought by two women, including rape.

The 67-year-old is one of Hollywood’s most famous producers and worked on a number of award-winning films that generated more than 80 Academy Awards.