The British author and illustrator of the bestselling book “The Tiger Who Came to Tea” has died at the age of 95. 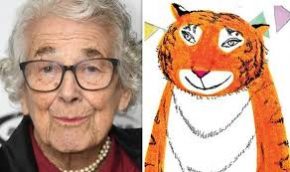 Judith Kerr’s book about a tea-drinking tiger has been shared by parents with young children since it was first published in 1968 and has never been out of print selling more than 5 million copies.

She also wrote “Goodbye Mog” and “When Hitler Stole Pink Rabbit,” an autobiographical account of her family’s escape from Nazi Germany in the 1930s.

Judith Kerr is survived by her 2 children and several grandchildren. She was 95.