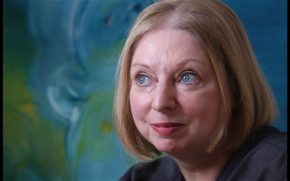 It’s just been announced that The Mirror And The Light comes out in the U.S. on March 10th 2020, five days after its released in the United Kingdom.

The first two Cromwell novels, Wolf Hall and Bring Up the Bodies, each won the Man Booker Prize.

Mantel says in a statement that the novels have been a “long journey” through Cromwell’s rise in the court of King Henry the Eighth and the “last miles” to the “scaffold at Tower Hill,” where he was beheaded in 1540.

Wolf Hall was published in 2009, and Bring Up the Bodies in 2012. Worldwide sales for the two books top 5 million copies.