For fans of the British period drama Downton Abbey, the wait is almost over. 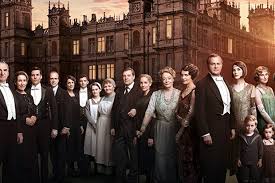 The trailer for the film version of the series has been released teasing what holds in store for the Crawley Family and their servants.

Among the things expected; King George V and Queen Mary are coming to stay and there is romance is in the air.

The drama ended in 2015 after six seasons which aired on our sister station Vision TV.

The film version is set for theatres this fall.