Canada’s parole officers say the country’s correctional system is at a breaking point due to workloads that are “insurmountable” a situation they say poses real risks to public safety. 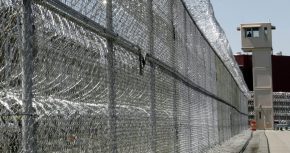 A survey of parole officers conducted by the Union of Safety and Justice Employees suggested more than two-thirds of parole workers are worried they’re not able to properly protect the public because they do not have time to adequately assess, supervise and prepare offenders for release.

The union, which represents the officers, says this means many offenders fall through the cracks offenders who, in some cases, may re-offend and harm the public or themselves.

David Neufeld, a national vice-president for the union, says the problems stem from funding cuts under the former Conservative government, which saw staffing reduced and workloads increased.

Since then, moves by the Trudeau government to offer more programming for Indigenous offenders and those with mental illnesses have meant more work, Neufeld says.

The union is calling for more staff and for increased resources within the correctional system to ensure offenders are getting properly assessed for risk as they move toward being released.