Toronto police say more than 2,300 guns have been collected as part of their latest gun buyback program which comes to a close on Friday night. 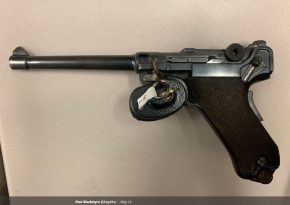 The total, which includes some 707 handguns, represents the highest number of firearms collected in a buyback over the past decade.

People were offered $200 for each long gun or shotgun and $350 for each handgun turned over.

The program is all part of a plan initiated by Toronto City Council following a record number of gun related crimes committed in the city in 2018.

The guns will be checked to see if they were used in a crime and if not, they will then be destroyed. Police day no one who has turned in a gun will be charged with a crime.

Today alone, @TPS41Div picked up 9 rifles, 6 shotguns, 1 revolver and 2 pistols. Eighteen (18) firearms on one day, in at one @TorontoPolice Division. #GunBuyBackTO pic.twitter.com/NHmBZeIZ7R