Good news for Zoomers who were looking forward to celebrating the 50th anniversary of The Woodstock Music and Art Fair this summer. A court in the U-S has ruled the festival can continue as planned. 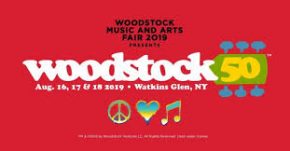 However, the court has also ruled that the original investor does not have to return the almost $18 million the organizers claim was pillaged.

On May 8th, Woodstock 50 organizers filed for a court order against the festival’s financial partner which had stepped away stating the event was canceled.

The judge ruled the investor had no right to announce the festival’s cancellation, so the festival may continue as planned.

The investor told the court they stopped working on the festival because organizers didn’t have a mass gathering permit, a finalized traffic plan, necessary road construction, an emergency response plan, or sufficient security.