A Supreme Court Justice is being praised for speaking publicly about his struggles with mental illness. 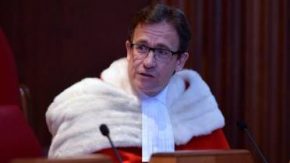 Clement Gascon released a statement Tuesday regarding his brief disappearance a week ago, which prompted his family to file a missing persons report.

The 58 year old says he suffered a panic attack last Wednesday, adding that he has long dealt with depression and anxiety.

Chief Justice Richard Wagner says the statement by Gascon was courageous, and that he and his colleagues are proud of him for going public.

Gascon explained that his emotions and a change in medication led him to a crisis and he went out and stayed out of touch for several hours.

He says he’s been given the medical support he needs, and is back in good health and fully capable of performing his duties as a judge.