KEANU REEVES GETS A HOLLYWOOD STAR

Toronto’s Keanu Reaves has been officially memorialized in cement in Hollywood. 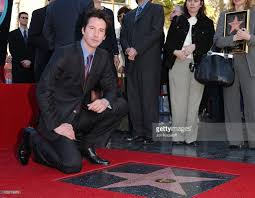 The 54-year old Canadian actor and musician now has his very own Hollywood star in front of the TCL Chinese Theatre.

During the ceremony he thanked a lot of people including his mother who he asked at 15 if she minded that he became an actor. She told him, do whatever you want darling.

At 15 he appeared in a stage production of Romeo and Juliet at Toronto’s Leah Posluns Theatre. He dropped out of the Etobicoke School of the Arts at 17, obtained a green card through his American stepfather and moved to Los Angeles.

He is best known for his work on the Bill and Ted movies, the Matrix Trilogy and the John Wick thrillers.