Canadian economist and professor Thomas Courchene has won the $50,000 Donner Prize for the second time. 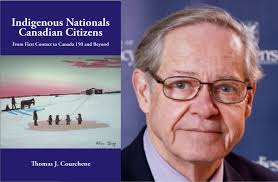 Courchene took home the honour last night at a gala in Toronto for his book “Indigenous Nationals, Canadian Citizens: From First Contact to Canada 150 and Beyond.”

It was hailed as a masterful work on one of the most important themes of Canada’s public policy history.”

Courchene, who is professor emeritus at Queen’s University, also won the inaugural Donner in 1998.

The other nominated titles and authors, which each received $7,500, included Alok Mukherjee for “Excessive Force: Toronto’s Fight to Reform City Policing” and “University Commons Divided: Exploring Debate and Dissent on Campus.” by Peter MacKinnon. It was published by the University of Toronto Press.

The Donner Prize encourages and celebrates excellence in public policy writing by Canadians.