There are mixed messages over whether the 50th anniversary of the Woodstock Music and Art Fair will go ahead this summer as planned. 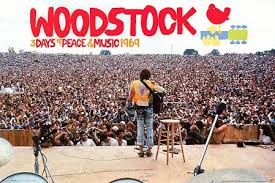 The organizers of this summer’s event, planned for Watkins Glen, New York in August, insist the show will go on despite the event’s principal financier backing out and saying the festival was cancelled.

Michael Lang, one of the brains behind the original says organizers are continuing to work with local authorities to “keep things on track.”

Lang further states “Woodstock never belonged to the financial backer and it has no right to cancel it.”

Amplifi Live withdrew funding after concluding the production can’t be executed as an event worthy of the Woodstock Brand name and couldn’t ensure the health and safety of the artists, partners and attendees.

Last week ticket sales for the festival were postponed.

According to Billboard, Amplifi Live has already invested some $30 million in the festival.