The author of the award-winning Canadian novel “The Jade Peony,” has died at he age of 80. 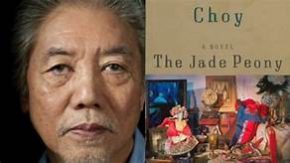 The “Jade Peony” was Wayson Choy’s first novel. It received the the Trillium Book Award in 1995.

It was set in Vancouver’s Chinatown in the late 30s and early 40s and looked at a family of Chinese immigrants through the eyes of their three children.

Choy born in Vancouver in 1939, was a U.B.C. graduate who went on to teach English at Humber College and creative writing at Humber’s School for Writers in Toronto.

Choy also wrote two autobiographical works, “Paper Shadows” and “Not Yet: A Memoir of Living and Almost Dying.”

Paper Shadows was nominated for a Governor General’s Literary Award in 1999.