Olivia Newton-John says she believes the worst part of writing an autobiography is revisiting the bad stuff. 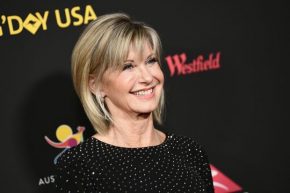 In writing her memoir, Don’t Stop Believin’, Newton-John says she had to confront painful events in her life, like the death of her daughter’s best friend, the 2005 disappearance of her boyfriend, Patrick McDermott, and her divorce.

70 year old Newton-John says the positive outweighs the negative, and tragedy is part of the human experience.

When she looks back on her life, it’s not the music she hopes will become her legacy. She says she wants to see a cure for cancer, and she’d love it to be at the cancer hospital in Melbourne, Australia, that bears her name.

Newton-John is currently dealing with cancer for a third time.