The United Nations says there is a growing threat around the world from a disease that was almost eradicated by vaccinations. 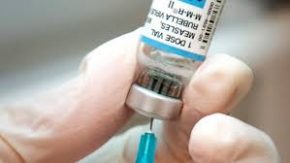 A new report from the world body suggested some 287,000 Canadian children have not been vaccinated for the measles. In the U.S. that number stands at 2.5 million. Measles cases have also reached their highest level in 25 years in the states.

As of March 30th, there were 33 reported cases of measles in Canada, with incidents in Quebec, British Columbia, the Northwest Territories, Ontario and Alberta. The Public Health Agency of Canada tracked 29 cases for all of 2018.

A vaccine specialist at Vanderbilt University in the U.S. warns the return of of measles, could mean other vaccine-preventable diseases may be coming back as well.