''COME FROM AWAY'' LEADS THE NOMINATIONS AT BRITAIN'S OLIVIER AWARDS

Actors and other theatre professionals are preparing for Britain’s annual Olivier Awards ceremony, where musicals ”Come From Away” and ”Company” lead the nominations with nine apiece. 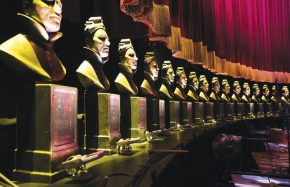 ”Come From Away,” about a Newfoundland town that sheltered stranded air travelers after the 9-11 attacks, is up for best new musical. A gender-switched West End production of Stephen Sondheim’s “Company” is nominated for best musical revival.

Epic gay-history drama “The Inheritance” has eight nominations, and a revival of Rodgers and Hammerstein’s “The King and I” starring Kelli O’Hara and Ken Watanabe has six.

Acting contenders include Ian McKellen for “King Lear,” Gillian Anderson for “All About Eve” and Sophie Okonedo for “Antony and Cleopatra.”