Health officials are investigating an ongoing outbreak of salmonella in six provinces. 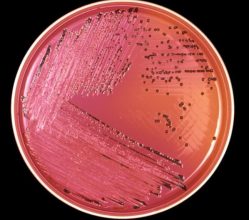 Sixty-three people have fallen ill, including 18 who needed hospital treatment.

The Public Health Agency of Canada says there are cases in B-C, Alberta, Saskatchewan, Manitoba, Ontario and Quebec.

The agency says it’s conducting a food safety investigation, however, the source of the bacterial infection has yet to be identified.

Two deaths are reported, but it has yet to be determined if salmonella was a contributing cause.