A 10-year genetic study of more than 500,000 people across China finds moderate drinking slightly raises risk of stroke and high blood pressure, challenging the idea that moderate drinking could actually be good for you. 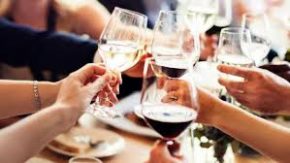 However, the research published in the journal Lancet did not have enough data to determine whether alcohol consumption also increases the risk of a heart attack.

It found people who drink up to two drinks a day had an increased stroke risk of 10 to 15 per cent when compared to nondrinkers.

People who have a drink or two a day have long been thought to have a lower risk of stroke and heart problems than nondrinkers.

But scientists were unsure if that was because the alcohol was beneficial or if the people who didn’t drink had other health issues.