NEW 'ABBA' MATERIAL IN THE FALL

One of the founding members of the Swedish super group “ABBA” says fans can expect a new song from the group this autumn, 37 years after they broke up. 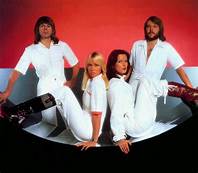 Bjorn Ulvaeus says the new song will be out in September or October.  He told a newspaper in Denmark this morning, “this has been delayed for too long.”

The band earlier announced that the group had reunited to plan a virtual tour featuring digital avatars and that one of two new songs is entitled “I Still Have Faith in You.”