Zoomers fans of the third best selling album in North American history will want to be in Las Vegas in late September. 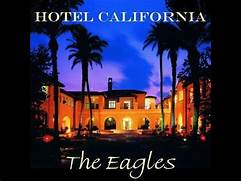 That’s when The Eagles plan to perform their 1976 blockbuster album “Hotel California” in its entirety, in concert, for the first time.

Don Henley, Joe Walsh and Timothy B. Schmitt will be joined by Vince Gill and the late Glenn Frey’s son Deacon for the group’s only North American performances of 2019.

The concerts are set for September 27th and 28th at the MGM Grand Garden Arena in Las Vegas. Tickets go on sale a week from Friday.

The Eagles own six Grammy’s and were inducted into the Rock and Roll Hall of Fame in 1998.