Jody Wilson-Raybould plans to reveal more in writing about her accusation that she faced improper pressure to prevent the criminal prosecution of SNC-Lavalin. 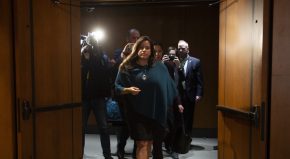 The former attorney general has written to the House of Commons justice committee to advise that she intends to make a written submission.

She says the submission will disclose “relevant facts and evidence” in her possession that will further clarify her previous oral testimony at the committee and “elucidate the accuracy” of statements made by other witnesses who followed her.

The Liberal-dominated committee shut down its investigation into the affair on Tuesday, with Liberal members concluding no rules or laws were broken.

Wilson-Raybould says the additional information she will provide in her written submission will stay within the confines of the waiver she has already been granted, covering the period last fall when she claims to have been pressured up to Jan. 14 when she was shuffled out of her dual role as justice minister and attorney general.