Her father was Hitler’s chief architect and Armaments Minister, so when Hilde Schramm inherited several paintings collected by Albert Speer she knew for sure she didn’t want them. 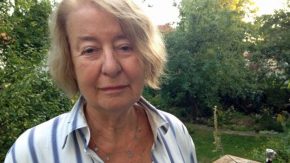 Instead, Schramm sold them and used the money to start the Zurueckgeben Foundation, a project for which she is receiving an Obermayer German Jewish History Award today. The name of the foundation translates as “return” or “give back.”

Since it started in 1994, hundreds of Germans have donated to it and the foundation has given some $570,000 in grants to support more than 130 Jewish women’s projects.

Schramm is one of six being honoured with the award established by an American Jewish philanthropist to recognize the efforts of non-Jewish Germans to keep alive their nation’s Jewish cultural past.