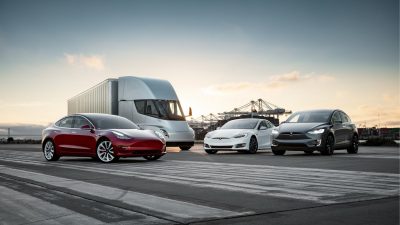 In a statement before markets opened Tesla said it delivered over 245-thousand electric cars and SUVs last year – which is nearly as many as all previous years combined.

That included deliveries of 90-thousand-700 vehicles for the fourth quarter – lower than the 92-thousand analysts polled by data provider FactSet had expected.

Tesla also said it would cut prices of its three models – to help customers handle the gradual phase-out of federal electric vehicle tax credits in the U.S.