It’s been voted on by more than 7,000 people when all the voters are tallied, the most popular Christmas film in Britain is “It’s a Wonderful Life.” 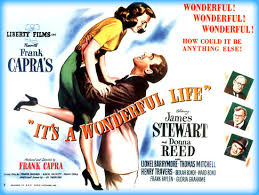 The 1946 classic beat out the Christmas comedy “Elf” according to radiotimes.com.  The other favourites in the top five include “Love Actually,” “The Muppet Christmas Carol” and “Home Alone.”

“It’s A Wonderful Life” is the Frank Capra feel-good movie about a man who has devoted his life to helping others but when he tries to take his own life a guardian angel stops him and shows him the value of his life.

The film was was nominated for five Oscars, including best picture.