BE STILL MY HEART, CHRISTMAS ASSOCIATED WITH A HIGHER RISK OF CARDIAC ARREST

Researchers have found that Christmas and Midsummer holidays were associated with a higher risk of heart attack. 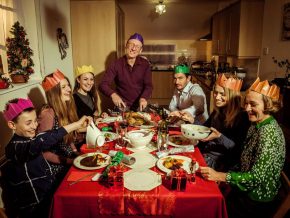 But by far the day with the highest risk was Christmas Eve, with a 37 per cent increased risk of heart attack, peaking at about 10 pm.

Researchers analyzed the exact timing of 283,014 heart attacks reported to the Swedish coronary care unit registry over a 16 year period from 1998 to 2013.

The risk was greatest for those over 75 and those with existing diabetes and heart disease, which the research authors say highlights the need for society to raise awareness of this vulnerable group over the Christmas period.