The Hungarian director and screen writer who was often at odds with his country’s communist officials, has died at the age of 81. 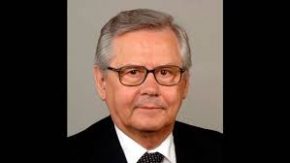 Ferenc Kosa won the best director award at the 1967 Cannes film festival for his movie “Ten Thousand Days,” about the problems faced by a Hungarian peasant family from the 1930s onward.

The film was banned for a few years in Hungary because of its references to the 1956 anti-Soviet revolution.

After Hungary’s return to democracy in 1990, Kosa help found the country’s Socialist Party and served as a parliamentary lawmaker from 1990 to 2006.