The delivery driver, who falsely claimed that billionaire Howard Hughes had left a hand written will bequeathing him $156-million, has died. 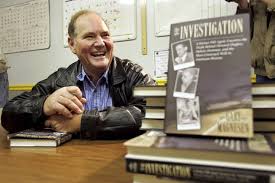 The Nye County, Nevada, sheriff’s department says Dummar died in hospice over the weekend at the age of 74.