There is no longer a guarantee from Canada Post that packages will arrive by Christmas. 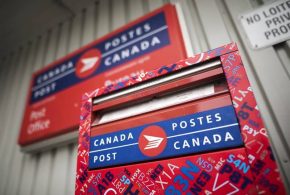 John Hamilton is with the crown corporation and explains that five weeks of rotating strikes among Canada Post workers have caused a backlog triple the normal holiday season and has forced them to cancel their holiday guarantee.

“We came into December overloaded, backlogged. We’ve been working through that, but more and more comes and it’s more than we’re able to get out the door,” Hamilton explained.

Hamilton also notes that several “illegal” demonstrations across the country, including in Ottawa, Toronto and London, have further disrupted deliveries.

Police in Ottawa made several arrests at a rally outside a sorting facility on Wednesday. Charges could include trespassing and mischief, officers say.

A spokesperson for the union representing the postal workers is calling the delivery delay “a manufactured crisis.” CUPW Ottawa President Ian Anderson says he doesn’t believe the backlog was as extensive as what they’re saying.

The Trudeau Liberals passed back to work legislation on November 26th. They now await the selection of a mediator-arbitrator, who then has 90 days to try and reach a contract settlement.