The Tony-award winning actor, known for roles in the movies “Working Girl” and “The Savages,” has died at the age of 88. 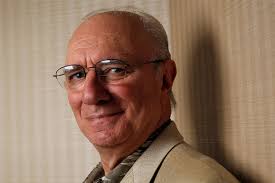 Philip Bosco passed away at his home in New Jersey of complications from dementia caused by Alzheimer’s disease.

Bosco won the Tony in 1989 for his lead role in “Lend Me a Tenor” and offered a special shout out to Canada’s Victor Garber when he accepted the award, thanking Broadway veteran Garber, for getting him involved in the play.

Bosco was also nominated for a Tony for his performances in “The Rape of the Belt,” “Heartbreak House,” “You Never Can Tell” and “Moon Over Buffalo.”