CANADIAN BLASTS OFF INTO SPACE

David Saint-Jacques became the 9th Canadian in space when he blasted off with two others this morning from Kazakhstan. 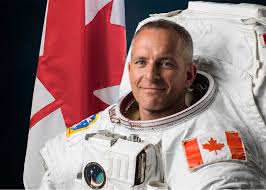 The 48-year old doctor is the second Canadian in space since Chris Hadfield had command of the International Space Station in 2013.

Witnessing this morning’s launch were members off Saint-Jacques’ family and Canada’s Governor General Julie Payette, herself a former astronaut.

Once aboard the space station, Saint-Jacques’ role will include conducting a number of science experiments, some of which will focus on the physical effects of the weak gravity astronauts experience in orbit.