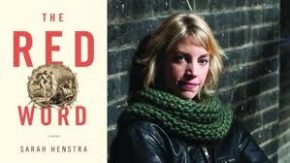 The author says says her adult fiction novel, “The Red Word,” which explores themes around rape culture and campus politics, says the win signals an appetite for literature that tackles thorny cultural issues.

The book follows a young Canadian student, who moves in with a group of radical feminist activists while dating a member of a frat house known for drugs and misogyny.

Henstra is an English literature professor at Ryerson University

The Governor General’s Awards were founded in 1936, are among the country’s oldest literary honours. Winners in English and French receive $25,000 from the Canada Council for the Arts.

The awards will be handed out by Governor General Julie Payette at Rideau Hall in Ottawa November 28th.