A I ARTWORK FETCHES OVER 400K AT CHRISTIE'S 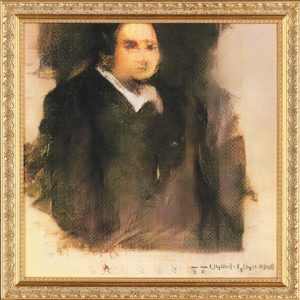 An artwork created by an artificially intelligent program has sold at auction for $432,000 which is a lot more than the $7,000-$10,000 estimate put on it by Christie’s in New York before the sale.

Portrait of Edmond Belamy was created by the Paris-based collective called Obvious – and was produced using an algorithm and a data set of 15,000 portraits – painted between the 14th and 20th centuries.

The algorithm compared its own work to those in the data set until it couldn’t tell them apart.

Christie’s specialist Richard Lloyd organized the sale and says AI is just one of several technologies that will have an impact on the art market of the future – although it’s far too early to predict what those changes may be.