FEDERAL DEFICIT $500-MILLION HIGHER DUE TO CHANGE IN ACCOUNTING PRACTICES

Canadians are expected to learn on Friday the federal deficit is at $19-billion dollars, half a billion dollars more than expected. 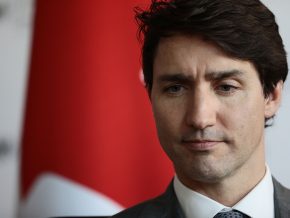 Trudeau staff say the increase is due to an accounting change following recommendations from the auditor general on how the federal government accounts for future liabilities.

But it means a change for the worse in Ottawa’s bottom line. In addition to a deeper deficit for the 2017-18 fiscal year, the debt is up more than $20-billion to more than $671-billion and the federal debt to GDP ratio now stands at just over 31 percent, up from just over 30 percent.

A similar accounting issue is at the heart of an ongoing political controversy at Queen’s Park related to the practices of the former Wynne Liberal government.