TSO ENDS UP WITH A $2.3 MILLION SURPLUS 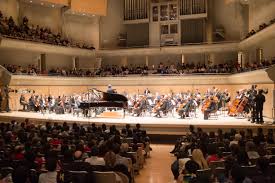 They’ve ended the 2018 fiscal year with a surplus of $2.3 million – due to a series of initiatives over the past year – that have focused  on forward momentum – and brought new financial stability and artistic vitality to the TSO.

The surplus enabled the organization to reduce the accumulated deficit to $4.5 million – which is down from $6.8 million in fiscal 2017.

Last month the TSO announced that Gustavo Gimeno will become the orchestra’s next music director – starting in 2020.