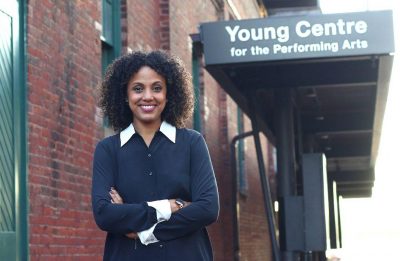 Mengesha takes over as Soulpepper emerges from the fallout of sexual harassment allegations against co-founder Albert Schultz – who stepped down as artistic director in January – vowing to vigorously defend himself in a lawsuit filed by four actresses. All parties said in August that they had reached an out-of-court settlement – but no terms have been disclosed.

Mengesha’s ties to Soulpepper stretch back to 2006-2008 when she was a member of the company’s training program.
The Dora-award winner went on to direct hit productions including 2008’s “A Raisin in the Sun,” as well as “da Kink in My Hair” in Toronto and London – and 2012’s box office hit “Kim’s Convenience.”

She’ll assume her post next January and says the challenge now for Soulpepper is finding a way to move forward.

Mengesha says the key is to be clear about the company’s values and to ensure safety in the workplace – and to welcome diverse voices.