Twitter is buzzing with reaction to news that Canadian Donna Strickland from the University of Waterloo is sharing the Nobel prize for physics, the third woman to win in the history of the prize. 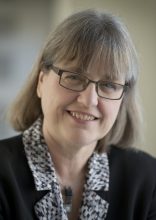 Strickland is also the first woman to be named a Nobel laureate since 2015.

She helped develop a technique for very short and intense laser pulses, that’s been used in laser eye surgeries for millions of people.

In reaction to her win, Strickland said, “we need to celebrate women physicists and I am honoured to be one of those women.”

The Swedish Royal Academy of Sciences today awarded half the one-million dollar U.S. prize to Arthur Ashkin of the United States and the other half will be shared by Strickland and France’s Gerard Mourou.